Wordfence is seeing a significant spike in SSH private key scanning activity. We are releasing this advisory to ensure that our customers and the broader WordPress community are aware of this new activity and of the risk of making private SSH keys public, and to explain how to avoid this problem.

SSH is a secure way to connect to servers and communicate with them. You can use it to get a terminal on a remote server and enter commands. More commonly in the WordPress world, SSH is used for SFTP, or secure FTP.

There are two common ways to sign in to a server when using SSH or SFTP. You can use a username and password, or you can use “key-based” authentication.

If your private SSH key ever gets out, anyone can use it to sign in to a server where you have set up key-based authentication. It is very important to keep your private key safe.

There are a variety of ways an SSH private key can end up in a public web directory. Website owners occasionally upload their SSH private key to their website by accident. They may also accidentally “commit” their private key into website source code using a version control system like Git.

When this happens, all it takes is a determined attacker and a scan to locate your SSH private key and download it. Once downloaded, the attacker can start trying to use it to sign in to other servers you control and potentially gain access to your other websites.

An attacker can locate websites that belong to your SSH key through a variety of methods.

They may run the command “ssh-keygen -lf ”.

This outputs a fingerprint for your SSH key that looks something like this:

This fingerprint uniquely identifies your private key and contains your email address, or a unique identifier, which can help an attacker determine who a key belongs to and which servers to target. For example, if they discover the key belongs to me, they may try to target my personal blog or other systems they know belong to me.

In the past 24 hours, we have seen a new attacker start mass-scanning websites for private SSH keys. Here is a sample showing some of the requests these scans are generating: 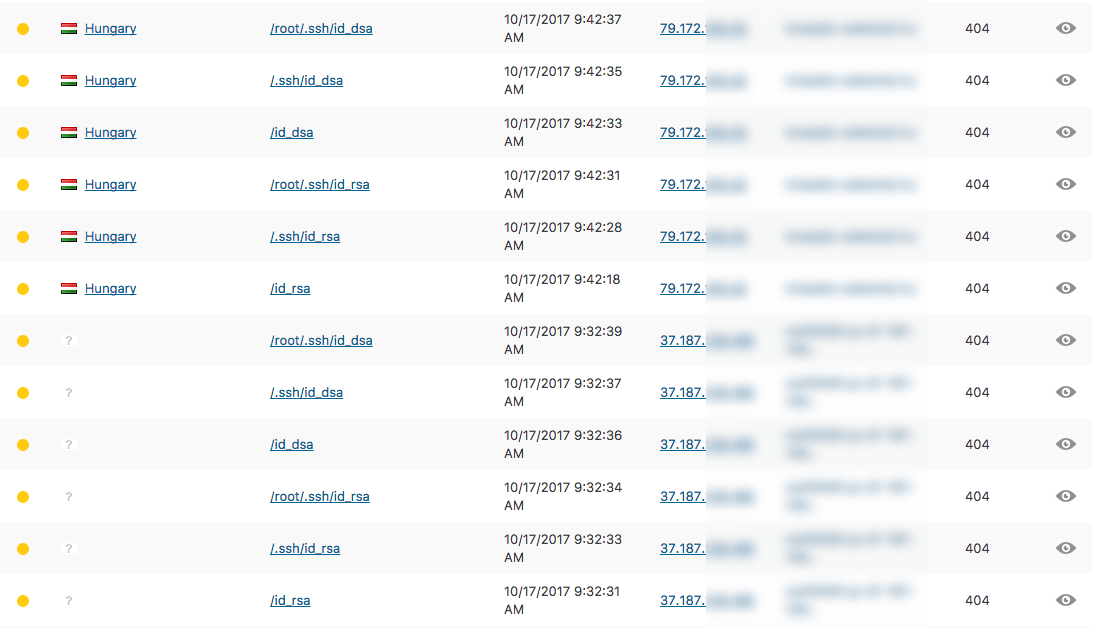 As you can see, the attacker is trying a variety of paths to access private SSH keys, including /root/.

The following graph shows the rapid growth we are seeing in this scanning activity: 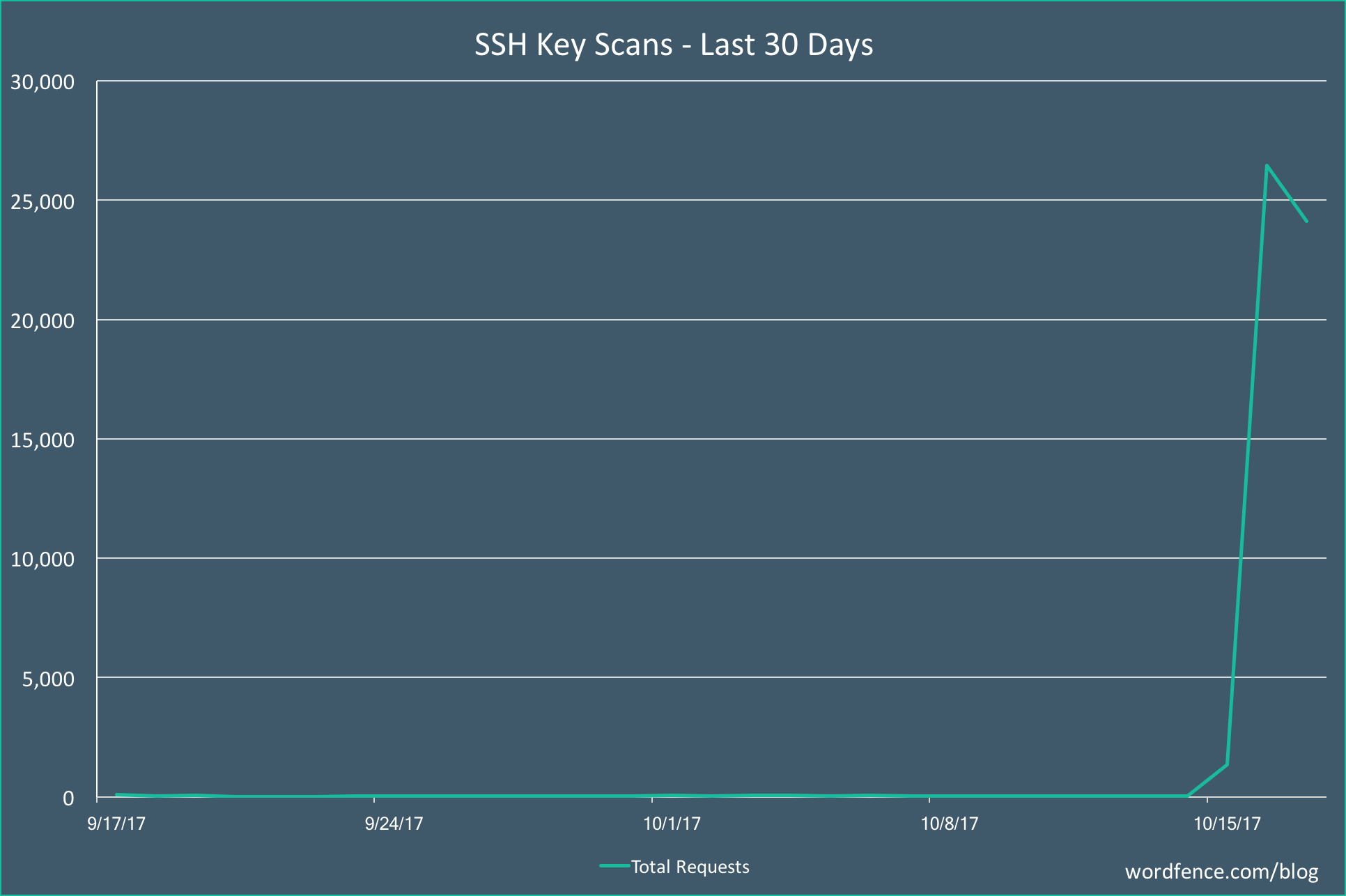 The graph shows a massive spike in scanning activity in the past 48 hours. We think this increase of activity may indicate that an attacker is having some success scanning for private keys and has decided to increase their efforts. This may indicate a common bug or operational mistake that is being made by WordPress site owners, by which private keys are being accidentally made public.

How to Ensure Your SSH Keys Are Safe

Your SSH keys are usually kept in a private directory on your workstation. On Apple workstations, the keys are kept in the following directory:

On Windows workstations, the location where SSH keys are stored depends on which software you are using, so check your vendor documentation.

Your private key is usually a file that does not end in .pub. The private key has no extension. This file must remain private. If it gets out, an attacker can use it to sign in to services that you use.

Make sure that you don’t accidentally copy your private SSH key into your web site or web application source code. If you do this, you may inadvertently upload it to your site and make it publicly accessible, allowing an attacker to steal it.

We also recommend you protect your private SSH keys using a pass phrase. This is presented as an option when you initially generate the keys. Password protected SSH private keys are not usable by an attacker unless they can guess the password.

Many users opt not to protect their SSH keys with a password, because typing the password every time they want to authenticate to a remote server is an inconvenience, which is why stolen SSH keys can often be used by an attacker.

Scan Your Site to Check for Readable Private SSH Keys

Running a secure WordPress website requires a layered approach to security. On this blog we regularly discuss the various approaches you can use to keep your site and your customers secure. Understanding how to securely sign in and how to protect your credentials is one of the important components in a layered approach to securing your website. If you use SSH or SFTP to manage your site with SSH keys, protecting your private key is critically important to staying secure.

As always, I will be around to reply to your comments and questions.