The data we’re sharing today is based on the following high level metrics:

The following is a list of plugins that received the most attacks during the past week – counted as the most recent 7 days starting on Tuesday evening August 16th and looking back 7 days. Once again we are showing the plugin ‘slug’ which is the unique directory name that the plugin uses when it installs into WordPress. 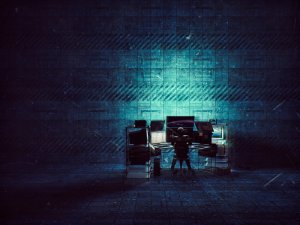 This week we are ordering things slightly differently. We have the plugins ordered by number of unique sites that received attacks, labeled as “Sites attacked”. We feel this is a more useful order because it shows how widespread an attack is on a particular plugin, rather than just raw volume of attacks.

“Type” is the type of attack – in most cases it’s a “Local File Inclusion” attack which allows an attacker to download any file they want to on the target system. The vast majority of files that are targeted are either the wp-config.php file which contains the database username, password and server name or /etc/passwd which contains the host operating system usernames.

Where we’ve labeled the Type as “Shell” it indicates an attack that allows an attacker to upload a shell to the target site which gives them full remote access. These are the most serious vulnerabilities and attacks.

All attacks are on vulnerabilities that are already publicly known. If you run any of these WordPress plugins, make sure that:

The list of the top 50 most attacked plugins during the past week follows:

The large number of local file inclusion vulnerabilities that are being exploited is surprising. I should also note that many of these LFI’s were discovered by Larry Cashdollar who I had the pleasure of seeing speak at Defcon in Las Vegas 2 weeks ago. So I suspect that many of these are being used in an attack script of some kind which may explain their prevalence in the attacks we’re seeing. 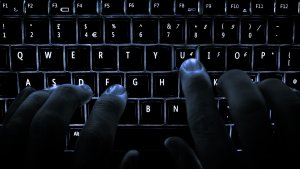 The clustering of LFI’s together and Shell exploits together in the list order is odd, but I don’t have a theory to explain that and there is no error in the data that accounts for that. It appears to be coincidence.

The vulnerability in the Recent Backups plugin at the top of the list was disclosed in August 2015 and the plugin has now been removed from the repository, probably because it was not being maintained. The large number of exploits targeting this plugin are puzzling because as far as I can tell from archive.org, the plugin only had a few thousand installs. It may be because it is quite easy to “google dork” to find sites that are vulnerable and the abundance of target sites may make this an attractive target.

As a final note, I’d like to add that this data is simply an indication of the volume of attacks that we are seeing on plugins in the wild across the large attack surface that is WordPress websites who are protected by Wordfence. It does not give any indication of whether a plugin in this list is more or less secure than others. It does not include data on how successful attacks on the plugins shown may or may not be. It is purely an indication of attack activity in the wild on WordPress plugins during the past week.

Your comments are welcomed as always.

The post Top 50 Most Attacked WordPress Plugins This Week appeared first on Wordfence.